Last week During the evening of “Ardèche Economy award” organized by the “Ardèche Chamber of Commerce and Industry” in partnership with “Le Dauphiné Libéré” régional newspaper, on Thursday September 30th in the locality of Tournon-sur-Rhône, our President Mr. ROGER DESCOURS had the pleasure and honour of presenting the industrial performance award to another major company in the Ardèche, TRIGANO Company represented by the Director of MDC LAMASTRE industrial site, Mr. Matthieu MANEVAL.

This evening took place in front many institutional and private partners, in presence of many actors from the Ardèche economy. Around twenty companies were rewarded, thus highlighting the talents of our department our region.

Mr. DESCOURS has always been very attached to entrepreneurship, to the wealth creation but also and perhaps over all to his territory of “Boutières” and his family birthplace of Saint Barthélémy-Le Meil which is still the headquarters of the eponymous Group present and recognized all over the world as a major actor r in frozen fruit and processed chestnuts.

Bravo-and thank you to all those who came from far and near to participate at this award and long life to the companies rewarded. 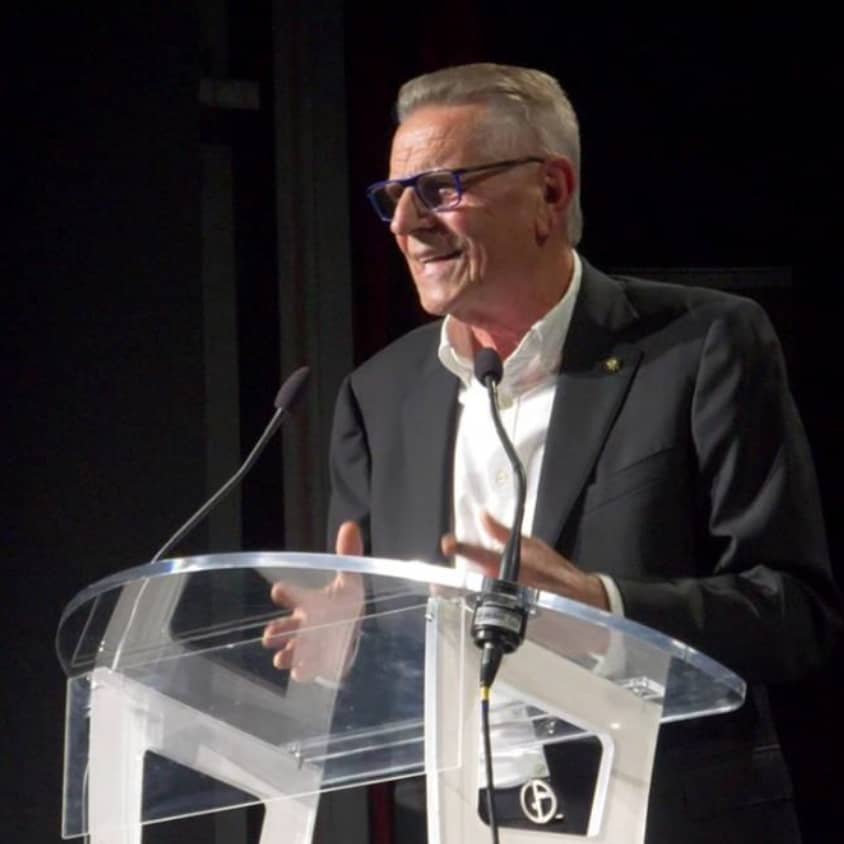